Findhorn to Nairn or Nairn to Findhorn

Park in the beach car park. Turn right before you reach Findhorn Marina as shown on the map and in the photograph below 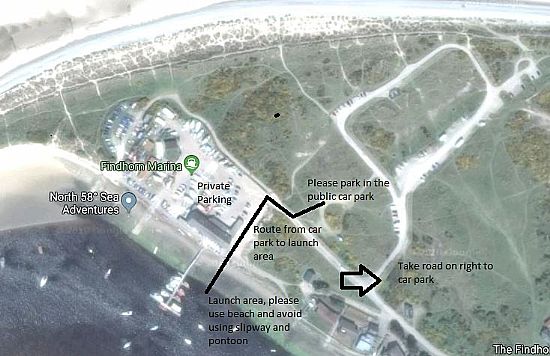